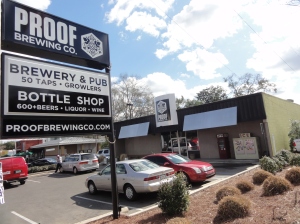 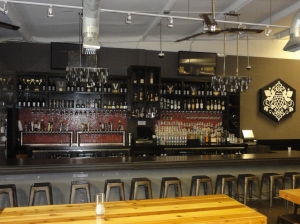 After finishing our morning tour of Grayton Beer Company, we hauled over to Tallahassee to visit Proof Brewing Company (PBC), located just a few blocks from the bustling campus of Florida State University. PBC was a truly unique experience thus far in our travels because their facilities house not only a modern American pub and microbrewery but also a retail bottle shop/liquor store. They were voted RateBeer’s best brewpub in Florida for 2013. Altogether, this location boasts one of, if not the, best selections of craft beer in North Florida. The pub offers a total of 50 craft beers on tap between the two tasting rooms including several of Proof’s own beers. Beers on tap are available for growler fills to go and an additional 200 beers are available in bottle. No wonder FSU won the national championship this year – they must have had one happy student section with Proof just a mile walk from the stadium tailgating. We were fortunate that afternoon to meet with head brewer Larry Agee to discuss the brewery operations and tour the facilities. 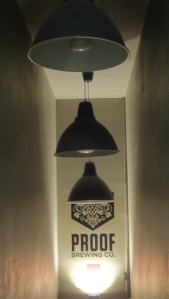 Proof was founded in 2007 by Byron and Angela Burroughs. Originally, the location consisted of the Pub and Bottle shop only. As craft beer increased in popularity in the area, a tasting group began meeting at the pub on Wed and Fri. Byron met Larry through this group and was able to try his homebrews, landing him the head brewer position when the brewery began production in June of 2012. The brewing space was opened up in the basement, adjacent to an additional tasting room. Larry explained that they operate on a 3-4bbl system and produced around 500 bbl in the first year. However, he only had two 7 bbl fermenters and one bright tank to start off with and currently has four 7 bbl fermenters and bright tanks along with an additional 3 bbl fermenter and bright tank, allowing for an increase in productive capacity. This site will remain in operation as a pilot/test batch space as the main production moves to a new 10,000 sq ft site with a state of the art 20 bbl, three vessel brewhouse. While currently all beer is sold in house, they are working with a distributor and plan to begin canning their beers at the new site. The upgraded space, which includes a tasting room and beer garden, is scheduled to open sometime in 2014. 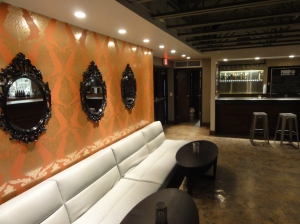 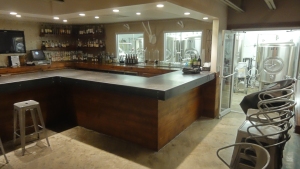 Proof Brewing Co. has seven core beers that have been tweaked in name and recipe over the past year until they were solidified to everyone’s pleasure. Larry explained that the PBC Mango Wit is very popular with the students and that he likes to keep the Citra hopped PBC Pale ale and PBC IPA on tap at all times. Also available is the PBC Imperial IPA, clocking in at 10% ABV with tons of citrusy and earthy west coast hops. Moving on to the darker side, they offer the PBC Robust Porter and PBC Cocoa Stout. Finally, the complex PBC Rye Ale is a unique hoppy rye ale with a chocolate twist from utilizing both standard and chocolate rye. Many of the beers are high in ABV so they also like to make a more session style beer for game day growler fills. To mix things up, Larry and his 3 associates on the brewing staff occasionally make small batches like the Scotch ale with hickory wood smoked peppers currently aging in whiskey barrels or the Berliner Weiss infused with varying fruits. 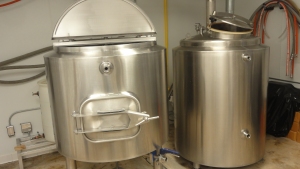 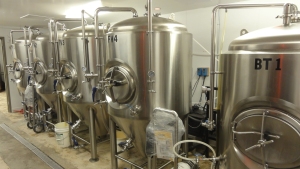 The pub is open 7 days a week from 5pm-2am while the retail shop is open Sun-Thurs 12pm-2am then Fri-Sat 11am-2am. Larry shared that the downstairs taproom is typically opened up on Wed-Sat. Be sure to check out the pub for special tap takeover events, happy hour pricing, or ‘Kill the Kegs’ Wednesdays with $3 pricing on selected beers. Locals are encouraged to check out the Society of Liquid, launching as soon as the production facility is online. Thank you to Larry for coming in to meet us and showing us around PBC’s distinctive space. 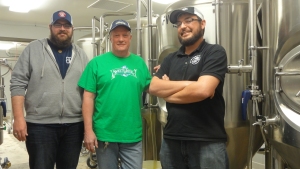