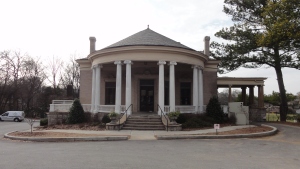 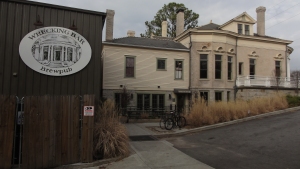 While awaiting the impending doom of Icepocalypse 2.0 in Atlanta, GA, we went to check out Wrecking Bar Brewpub on the evening of Monday, 2/10/14. We chatted with the bartender, Paul, while sampling a flight of their beers on tap, and then got introduced to their head brewer, Neal Engleman. Neal started as a server at the Grand Opening on June 19, 2011, but quickly worked his way into the brewery by November. 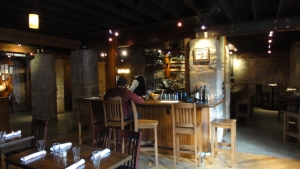 Wrecking Bar Brewpub was picked the Best Brewpub in Atlanta in 2011, 2012, and 2013, and can be found in the Little Five Points and Inman Park area of town. Owners Bob and Kristine Sandage picked out the historically significant Victor H. Kriegshaber House as the location for their brewpub after selling off their engineering firm. Kriegshaber was a leader in the cultural and economic development of Atlanta during the early 1900s, and after he no longer lived there, the building served as a Centenary Methodist Protestant Church from 1929-1940, the Jack Rand Dance Studio from 1940-1964, and Wrecking Bar Architectural Antique shop from 1970-2005. After a small gap in ownership, the Sandages purchased the building in 2010 and began renovations to create a brewpub in the basement and event space on the main floor. They now rent out the upstairs for special events, including weddings and receptions, and hope to have more similar happenings there as time progresses. Unfortunately for us, Bob and Kristine were on a beer vacation in Germany at the time we visited, but Neal informed us that Bob has been a homebrewer for over 20 years and had utilized a large 55 gallon homebrewing system to do so.

For the first couple of years, Bob acted as the Brew Master with Neal by his side, but now Bob focuses more on the business side of the operation, leaving Neal as the headbrewer; Ryan Donald (who had started as a dishwasher and worked his way into the brewery), Gavin McKenna, and Time Schiavone help out with brewing as well. They are in the process of expanding and will be getting bigger fermenters and serving tanks, but for now the brewpub uses a 7bbl brewhouse with copper lining that was built in 1996, six serving tanks, four 7bbl and two 3.5bbl fermenters down in the actual brewery, and two 30bbl fermenters upstairs. The 30bbl fermenters upstairs are for the beer they plan to distribute outside of Wrecking Bar, now that Georgia law allows brewpubs to distribute up to 5,000bbl per year. Using all of their equipment, they were able to produce 498bbl their first year, then with the help of distribution, got that number up to 750bbl last year. As of now Wrecking Bar distributes throughout Georgia in kegs only, however they are thinking about possibly testing out a run with a mobile canning unit. They cannot sell growler fills to go, although they have growlers ready for when the law changes and currently offer them with fills of root beer and ginger beer. Apparently the most recent update in GA growler laws is an absurdly illogical proposed change that would allow brewpubs to sell growlers to go only if the consumer first opens and drinks a specific amount out of the growler before leaving. 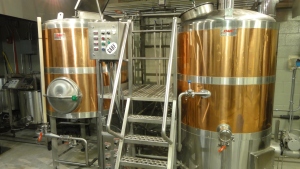 Wrecking Bar Brewpub keeps at least one light, one medium, and one dark beer on tap at all times, and had seven varieties on tap during our visit. We purchased a flight in order to taste each and every one of those, which were as follows: Another Brick Berliner Weisse (which was the 365th unique beer we tasted on our trip), Breaking Bob Kolsch, Nathan’s’ 13 Minute Amber, Sow Your Wild Oatmeal Porter, Victor IPA, Jemmy Stout, and the beer that was their 200th batch, Husker-squared Imperial Red Rye. For breast cancer awareness, the brewpub took a wheat beer and infused it with pomegranate & hibiscus giving it a pink color, then donated a portion of the proceeds to help Save the Tatas. They also let local homebrewer Hamp Covington scale up and brew his award-winning homebrew recipe, Hamp’s Got No Dime Barleywine, on their system, and then entered it into the Pro-Am competition at GABF. We were informed about another beer popular to craft enthusiasts in the area – which is quite a mouthful – called Mexican Siberius Maximus Russian Imperial Stout. After barrel aging, the beer is infused with Indonesian cinnamon bark, Tahitian vanilla beans, smoked serranos, and chipotle morita peppers, giving it a very unique flavor. Aside from everything listed above, they have much more to offer and are one of the few places in the area that has a souring program.

On the first Saturday of each December, Wrecking Bar Brewpub organizes and holds the Strong Beer Fest on-site. Local Georgia breweries bring their beers that are over 8% to this festival with proceeds going to help finance the Georgia Craft Brewer’s Guild who fights for laws to be more in favor of brewpubs; last year there were approximately 35 different beers to try. They usually have a cask offering every Friday and wood-aged beers on Wednesdays, but they go quickly, so be sure to get there early. Their full menu can be found here. Big thanks to Ian for setting up a time for us to come in, to Paul for serving us flights, and to Neal and Ryan for walking us around and answering our questions as well as directing us over to the Porter Beer Bar down the street! 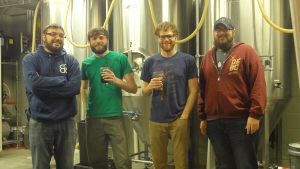