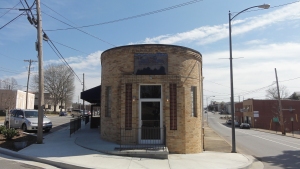 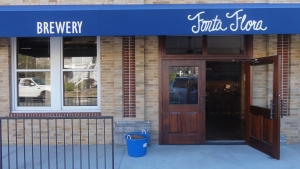 After leaving Asheville on the morning of Wednesday, 2/26/14, we spent some time at Pisgah Brewing, then continued east to Fonta Flora Brewery. Not only is the name ‘Fonta Flora’ a beautiful Latin alliteration, it also has significant historical ties to the area. Just a little northwest from the brewery, the Linville River runs through a gorge and into Lake James, where an old sharecropping community lived back in the late 1800s/ early 1900s. The community was known as Fonta Flora but, once people created Lake James by damming the Linville River, the community was flooded. The brewery pays homage to this lost community through their logo of an underwater town. 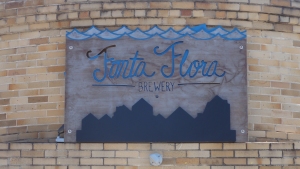 During our visit, we had the opportunity to talk with the only brewer at Fonta Flora, Todd Boera, who is a fickle brewer; he likes to do things his way, and definitely has a desire to create something he can be proud of. Todd is continuously playing around with new recipes and, as a result, there aren’t any year-round recipes. Hop Beard IPA, which utilizes CTZ, Citra, Amarillo, and Simcoe hops, is the only beer they have brewed more than once, so they consider that to be their main stay. We were lucky enough to try some of the Hop Beard, as well as their Holden Rye IPA, Brass Monkey Witbier, Urban Monk Stout, ‘Beets, Rhymes, and Life’ Saison, and Scottish table beer; all of them were unique and to say that we were impressed with them would be an understatement. Somewhere in between 25-30 beers have been brewed in-house since this past September and the recipes are mostly Belgian styles and low-gravity, ‘table beers.’ All of the Belgian beers created at Fonta Flora utilize at least 80% or more local grain and additional local products, maintaining their focus on supporting the local economy. 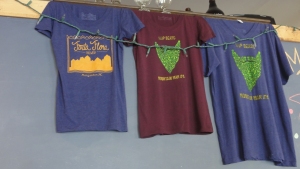 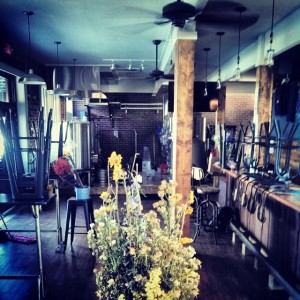 The day we visited, Todd was busy brewing an Irish table beer which he hopes to release around St. Patty’s Day. He has also done other table beers, including the Scottish table we sampled, a Belgian table, English table, and what he referred to as a supper table beer that had North Carolina sweet potatoes and North Carolina molasses in it. Todd said he likes ”doing that whole theme and not just applying it to where it comes from, from Belgium, but trying to make it a whole broad spectrum of low alcohol beers.” When he was homebrewing in the past, he was more into the high gravity beers like Belgian Dark Strongs and Tripels but, although he still likes those styles, they want to make sure the patrons can come to Fonta Flora and kick it, but then still be able to go out and play. After all, Morganton is a community of people who enjoy outdoor activities like hiking, mountain biking, and kayaking. 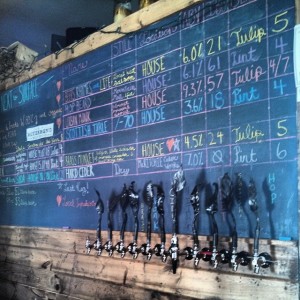 While we were there, one of his most favorite beers was going through open fermentation – an Appalachian wheat brewed with 100% North Carolina barley & wheat, refermented with Brettanomyces and local kiwi fruit. We were also informed that most of the Saisons brewed there have gone through open-fermentation, and they’ve used white wine barrels to age some beers as well. According to Todd, “what I’m trying to do is create more of an Appalachian/ Mountain/ North Carolina style. What you have here [from Fonta Flora] you can’t have anywhere else.” Some examples of beer they’ve brewed which back up his statement include a beer brewed with beets, one with sweet potatoes, a kiwi blonde, an Appalachian Patersbier, and an open-fermented, smoked and salted Biere de Garde with local oyster shells. 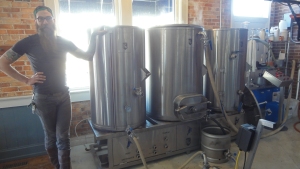 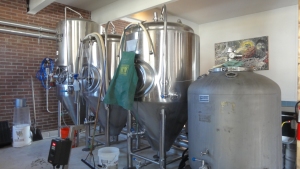 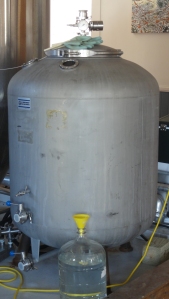 Currently, Fonta Flora is using a small, 3 bbl, American-made brewhouse from Portland Kettle Works in their 1,600 sq ft building that is shaped like a flat-iron, and is the only brewery in North Carolina using that system. Although they just started brewing this past September and had their first full month in November, Todd and the owners, brothers Mark & David Bennett, are already talking about two different expansions. The first expansion will be to blow out a wall and go into the building next door, where 3/4 of the new space will have big, handmade, Bavarian-style tables and the other 1/4 will be for storage. The second expansion will be to purchase a large farmhouse out in the country, where they can grow different crops to use in their beers. Brewing is obviously made up from agriculture and they feel the ingredients should come from North Carolina, making brewing beer more similar to having a chateau. 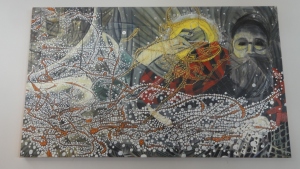 Between the constantly changing uniquely delicious recipes, use of local ingredients, one-of-a-kind location in a tight knit community, fact that they have a very creative brewer, and comforting feel of the taproom, this is definitely up there as one of the breweries Haggis and I have been most impressed with and we cannot wait to see what the future holds for them. Huge thanks to Todd for hanging out with us on his busy brew day! 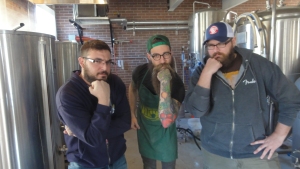 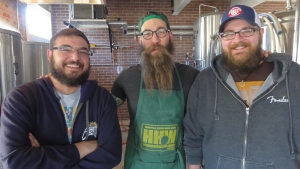