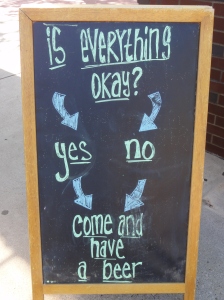 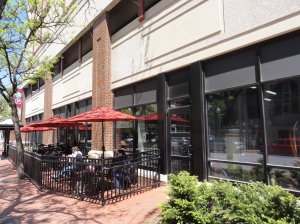 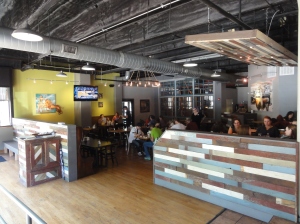 * Founder Ann Saville, who also owns Taylor Books on Capitol Street, is responsible for introducing legislation in the 80’s to legalize homebrewing in West Virginia.

* They originally opened as a traditional brew pub, however, ownership decided that they wanted to focus on making beer and now they operate essentially a packaging brewery that in many ways functions as a brew pub. A different business, Black Sheep, occupies the same space and manages the entire restaurant. Though beer is brewed on site, it is then sold and ‘distributed’ to the restaurant for serving.

* Brew on a ten hectoliter high efficiency brewing system (HEBS) from I.D.D. Process and Packaging which features a mash filter rather than a traditional lauter tun. Utilizing a diaphragm pump and the filter, wort and grain separation occur far more quickly and efficiently. This gives about 75% of pre-boil volume. The other 25% comes from the plate filters which have bladders that can be inflated with water to gently compress the grain in a manner that does not extract unwanted tannins, polyphenols, etc.

* Ryan is the sole employee of the brewery and is responsible for all of the beer production. He lives in Columbus, OH and commutes frequently to take care of those roles while still working at Wolf’s Ridge Brewing in Ohio. 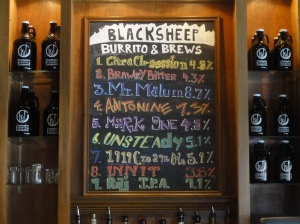 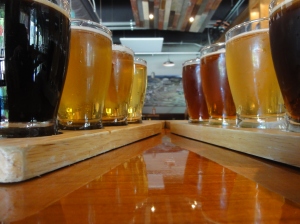 (3) BEERS AVAILABLE DURING OUR VISIT

* Currently only available in 1/2 bbl kegs but they are looking to package in the future as space allows.

* Wish to be open to to brew any style and do it well – from classic English pub ales to Belgian styles to American IPAs. Also, to brew a variety of styles that are not available in the market with goals to tap new beers constantly and allow people to try new styles and flavors. Regardless, Ryan says that, while craft beer is in it’s emergent phase in Charleston, he refuses to dumb it down.

* Each beer is carefully crafted in small test batches.

* Beers are listed according to three flavor categories: Malt driven, hop driven, or yeast driven. Beers in each category are listed on the brewery website.

* 16 taps in the restaurant as well as cask conditioned ales available.

* The Raj and Citra Ob-session are the primary beers in year round distribution throughout accounts. They are planning to send out Milk Stout in the future along with Mr. Malum, the belgian tripel.

* Currently, approximately 75% of sales are through the Black Sheep restaurant on site. 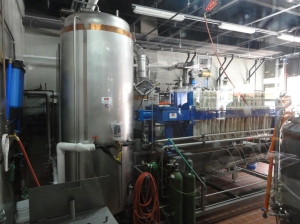 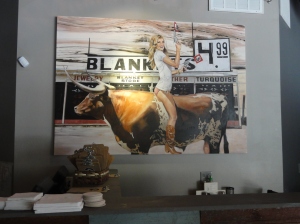