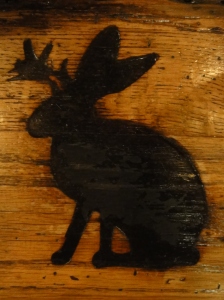 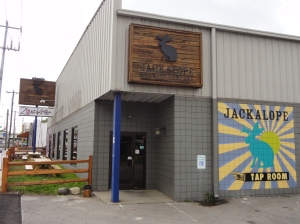 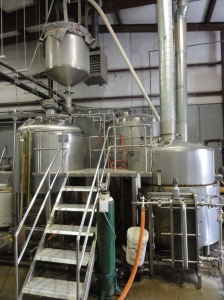 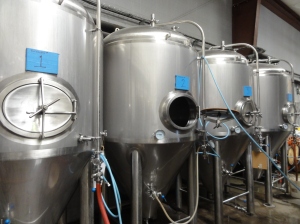 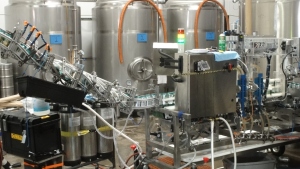 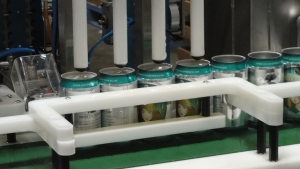 * Jackalope was the first all-female owned brewery in TN
* 20% of the proceeds from Lovebird go to the Cystic Fibrosis Foundation of TN
* Focus on unique, yet drinkable & balanced, beers
* Share space with ZolliKoffee
* Have three 60 bbl fermenters and four 15 bbl fermenters
* Use the 60bbl fermenters for year-rounds; use the 15 bbl fermenters for the rotators
* Have been canning with a mobile canning unit since December 2013; first brewery in Nashville to can; canning Thunder Ann during our visit
* Use blank cans with sleeves to can some of the rotators
* Use local ingredients when they can; growing hops about 3 miles away
* At their most recent anniversary celebration, they had live bands, 3 unique ‘freaky wheat’ beers, barrel-aged beers, and more
* In the beginning of October, they will be having Spruce Fest where they release the beer Spruce Beersteen and have local bands play covers of Bruce Springsteen 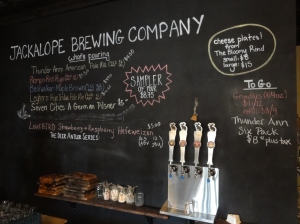 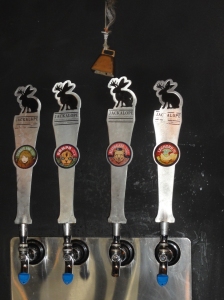 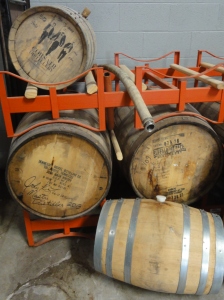 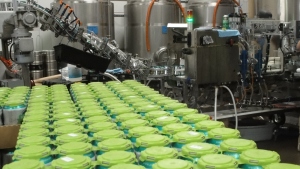 * Staple beers: Thunder Ann, Bearwalker, Rompo and Leghorn
* Come out with around 10 rotators a year that come out about every 6 weeks
* Also have permanent seasonals, including a Gose and a Mocha Stout
* There is a hand-bottled version of the Tannakin Mocha Stout that is aged on bacon in bourbon barrels
* Just made their first lager – 7 Cities Pilsner
* Bearwalker Maple Brown is there most popular beer and uses pure maple syrup
* Deer Antler Series includes anything that is barrel-aged
* Most of the beers are named after legends; i.e. Sally Ann Thunder Ann Whirlwind was Davy Crockett’s wife
* Brewed a farmhouse style saison with beets called Number One Frog – story behind name 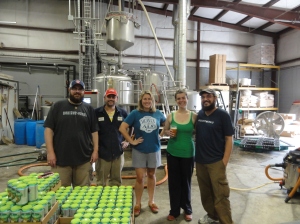 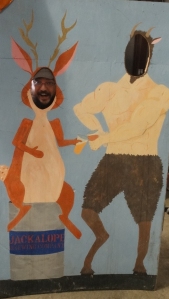