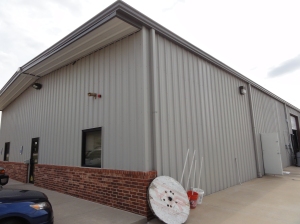 Immediately after leaving COOP Ale Works back in mid-May, we drove across town to meet with the guys at Roughtail brewing. When we arrived, co-owner Blaine Stansel greeted us before having to commit to a 12th Round challenge that involved their 12th Round Strong Ale and 12 minutes of time. It was quite entertaining, so we were all in a good mood the rest of the time. While chatting with him and the other co-owner, Tony Tielli, we learned all about Roughtail’s business model, beers, and history. There are many attributes about the brewery and beers that are quite unique, so we can assure you that Roughtail Brewing will satisfy your thirst whether you’re trying them offsite or at the brewery. A new taproom was opened quickly after laws changed to allow breweries to pour samples, so stop by and tell them hi for us when you’re in town! 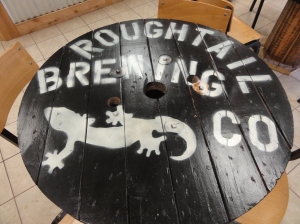 * The focus of the beers is to create in your face, bold flavors influenced by German and British traditions yet distinctly American. They wish to push boundaries and challenge taste buds.

* Blaine was turned onto craft beer at 21 but really took on an increased interest and started homebrewing after a trip to Munich, Germany. He decided to open up a brewery with Tony following a trip to 2010 GABF (where he experienced his ‘lupulin shift’) and subsequent visit to Casa Bonita. The two had met in OK after helping to found a local homebrewing club, Red Earth Brewers, in 2010.

* Tony has been competing in homebrewing competitions regularly. His recipe won Best In Show at TX’s popular Bluebonnet Brew-off in 2011 and is now their Polar Night Stout.

* 60 bbl fermentation capacity but two 30bbl fermenters and a 30 bbl bright tank on order at the time of our stop and scheduled to arrive in June.

* New taproom was opened quickly after laws changed to allow breweries to pour samples. They are also going to start doing growler fills and pints of 3.2% beer at the taproom; in OK that is considered non-intoxicating and doesn’t have near the restrictions that “strong beer” has.

* Brewery tours are announced via the website. Cost is $5 for a tour and glass accompanied with free samples.

* The 1st Anniversary was celebrated with a party at the brewery – proceeds from which benefited Pet Angels Rescue of Oklahoma. Guests were treated to live music, food, and special beer offerings.

* The Roughtail name comes from the roughtail gecko which is from Saudi Arabia, hence the headscarf it wears on the labels. 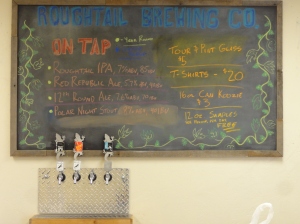 * Each can is labeled with statistics based off of the Dungeons and Dragons scale of 18 in jest since scales of 0-10 are overused; they list Maltiness, Bitterness, Aroma, Sweetness, and Aggressiveness (always to the max)

* 12th Round, Polar Night, and IPA in 16oz cans and draft, Red Republic Ale only on draft

* The 12th Round cans feature Irish-American John L. Sullivan, “Boston Strong Boy”, who is considered the last bare-knuckle boxing champion. Boxing is also featured on the design for Split Decision, a bigger, badder version of 12th Round. 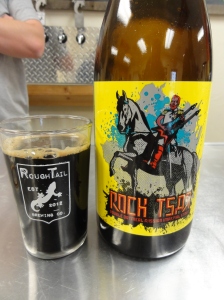 * 1st Anniversary Ale is Double IPA released for their anniversary this past April. Released a Brazilian IPA for the World Cup and, most recently, the Hoptometrist Double IPA to celebrate National IPA Day.

* The team has plans to produce a 3.2% beer that could be sold readily to consumers. 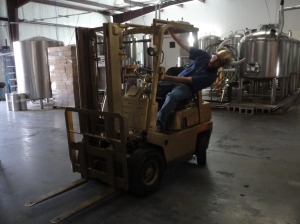