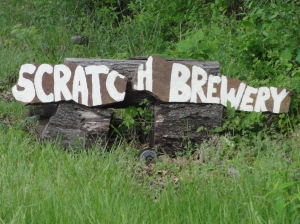 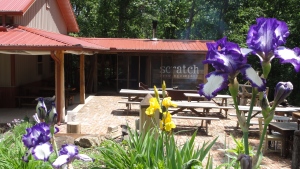 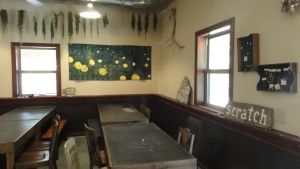 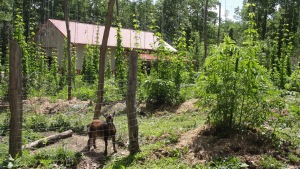 * They forage their land for ingredients and grow hops (Cascade, Chinook, Willamette, and Nugget) on their land, with a major focus on locality

* For the first three months, they brewed everything over an open fire since they did not have propane out there

* Don’t have a lot of fermentation temperature control, so they brew recipes according to the temperature of the season; i.e. they brewed a Biere de Garde in the winter and saisons during the spring/ summer

* They harvested a wild yeast strain which they have used in some batches, including a stout 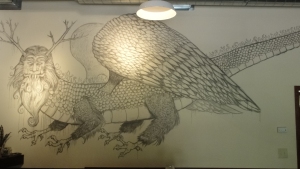 * Have food all weekend, including some local cheeses as well as bread and pizzas from their wood fire oven outside (the pizzas use all ingredients either grown on site or purchased from local farms)

* Offer some sodas, like root beer and ginger ale

* Have a board outside to play Chicken “Poop” Bingo 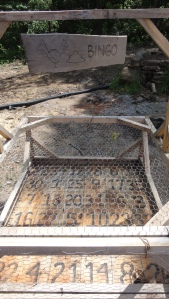 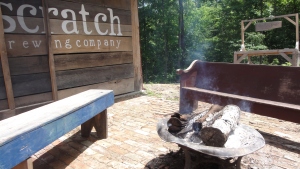 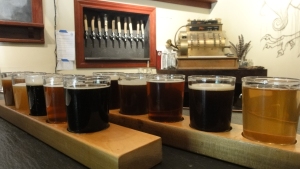 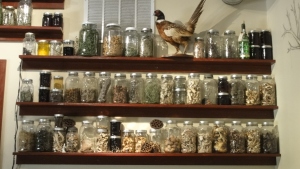 * In 2014, they entered only Gruit style beers at GABF (no hops; herbs, spices, and other ingredients were used instead)

* The first Sahti they did was awesome, but they have tweaked it along the way; some examples include a stein brewed Sahti brewed entirely with hot granite rocks as the heat source, a Sahti that was fermented in a red wine barrel, a Sahti with brettanomyces added, and other variations

* Use red wine barrels from local wineries, including some from Alto Vineyards

* Have made multiple beers using mushrooms foraged from their land, including a chanterelle mushroom saison, a coffee stout with black trumpet mushrooms, a beer that utilized hen of the woods mushrooms, and more

Building a new building for special events and rebuilding a log cabin originally built in the 1800s as an outdoor bar and gallery space.

(5) BACKGROUND OF PEOPLE WE SPOKE WITH 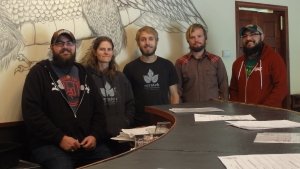 (7) You can find the rest of our PHOTOS HERE 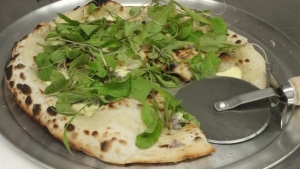