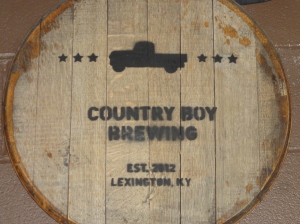 Our stay in Lexington, KY led us over to Country Boy Brewing on a Sunday afternoon. This brewery has a rugged feel both inside and out on their back patio and completes the mood with country music playing in the background. There are 24 tap handles at the bar: 11 of which were in-house Country Boy brews that ran the spectrum from a blonde to a gose to a barrel-aged stout during our visit, while the other 13 were guest tap handles from various breweries in the area as well as across the country. These guys have made themselves stand out by barrel aging beers right from the start, doing collaborations with multiple other breweries, and even growing their own peppers to add to their beers. The bartender, Zac, will help direct you in the right direction for your tastes and mood, so don’t miss out on a trip to their taproom!

END_OF_DOCUMENT_TOKEN_TO_BE_REPLACED 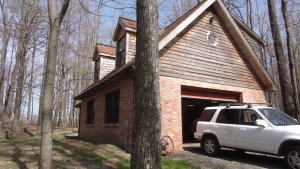 Some of you might recognize Chestnut Brew Works from our List of 10 most memorable breweries that we put together, and there’s multiple reasons it was on there. Chestnut Brew Works opened in March of 2013 and is the passion project of Bill Rittenour. He is the sole employee of the two-barrel brewery, which is currently operating out of the stand alone garage of his private residence. However, during our visit he shared with us plans to expand into a seven-barrel brewery with adjoining taproom that would be moved to a space in downtown Morgantown. While attending nearby West Virginia University, Rittenour studied the blight of the American Chestnut tree (hence the brewery’s name) and following completion of his doctorate in Nebraska, moved with his family back to West Virginia where he began the brewery after becoming disenfranchised with his day job. This business exemplifies the do-it-yourself mentality we have witnessed within the craft brewing community throughout the country.

Rittenour is growing hops on the property and even shared plans to partner with the university in isolating wild yeast in hopes of creating a beer made with solely West Virginia ingredients. The brewery’s flagship beer, Halleck Pale Ale, can be found in draft accounts in the Morgantown area, but Rittenour constantly releases different brews ranging from Belgian wits to Jack Daniels barrel-aged imperial porters. We truly enjoyed chatting with him and drew inspiration from hearing about how his sacrifice and hard work has paid off in a growing business.