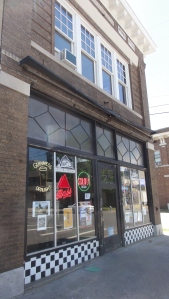 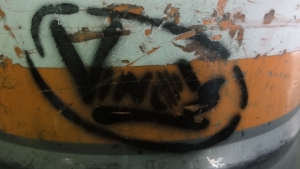 Our first Arkansas brewery visit back in May (2014) was to Vino’s Brewpub in Little Rock. We met with Josiah Moody who was the head brewer at that point in time, but he has since moved on to his own project as a gypsy brewer under the tag Moody Brews. Josiah informed us about all kinds of cool things Vino’s has done, like hosting live music multiple times a week from local bands as well as bigger acts like Queens of the Stone Age. A cream ale, pale ale, IPA, and stout are the four year-round beers they offer for you to enjoy with their excellent pizza, but they also have specialty releases such as the blood orange saison we tried. The environment at Vino’s is top notch and we highly recommend a trip there next time you’re in Little Rock!

END_OF_DOCUMENT_TOKEN_TO_BE_REPLACED 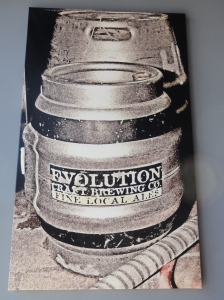 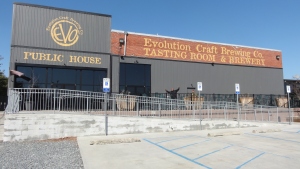 On Monday, 3/24/14 we got back to the grind again when we drove down to Salisbury, MD and spent our afternoon at Evolution Craft Brewing Company. While there, we spoke to founder Tom Knorr and head brewer Geoff DeBisschop who told us that Evolution originally opened up in Delmar, DE in 2009, but since they had 128% growth in their first year, they outgrew the original facility quickly. The location we visited was opened up in April of 2012 in an old ice plant where all of the rooms used to be kept at 15 below zero.