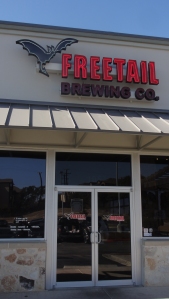 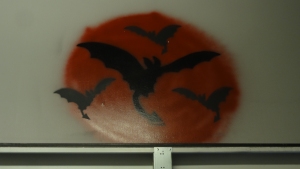 After a relaxing Sunday, we spent Monday, 1/13/14, at nearby Freetail Brewing Company in north San Antonio. Founder and CEO Scott Metzger teamed up with Head Brewer Jason Davis to create the brewpub over 5 years ago. It is named after the Mexican free-tailed bat which was designated as the state flying mammal by Texas in 1995. Bracken Cave is located less than 30 miles north east of the brewery and is the summer home of an estimated 20 million Mexican free-tailed bats, the largest known colony of bats in the world, providing important pest control and protection for local agriculture. Freetail brewed Save the Cave this past year and donates $5 of each bottle to Bat Conservation International which currently protects the area surrounding Bracken Cave.