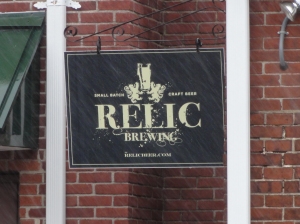 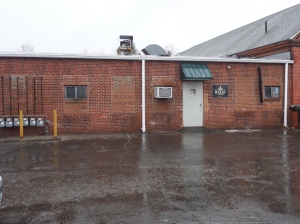 END_OF_DOCUMENT_TOKEN_TO_BE_REPLACED

(1)THE BREWERY & OUR EXPERIENCE

Thimble Island Brewing Company was founded in 2010 by two longtime friends and CT shore natives, Mike Fawcett and Justin Gargano. The two had spent some time brewing out of a converted garage but soon realized that they would need to upgrade to larger equipment and purchase a facility in order to make their dream a success. Knowing that they are very busy on days when they are not open for public tastings, we were sincerely grateful that the guys opened up their doors to chat with us and share their story. They began distribution in July of 2012 with solely their American Ale, a tasty amber of which they are quite proud. Mike shared that the Coffee Stout was introduced after about six months and, due to its popularity and his desire to drink it at anytime in the year, was added to the year round offerings. Finally, their IPA featuring Cascade, Northern Brewer, and Falconer’s Flight hops was added around the one year anniversary.

Now approaching the end of their second full year of operation, Thimble Island has quite a lot going on. In addition to a large expansion into a new space nearby with a new 30 bbl brewery and upgraded bottling line, the brewing schedule is packed. The plans are to release four different seasonal beers as well as four additional beers staggered within each season under their Uncharted series. More information on that schedule can be found below but we were able to sample some of the Sandbar Brown as well as the huge, Citra inspired Ghost Island Double IPA. Make sure to pay these friendly guys a visit during open house hours for free samples of their year round and available seasonal beers and, if elsewhere in Connecticut, keep an eye out for new beers on shelves in six packs.